Naoki KIMURA is a 2nd-year Ph.D. student at The University of Tokyo, advised by Prof. Jun Rekimoto and Thad Starner at Georgia Tech. His research focuses on machine learning for human-computer interaction, through 1) silent speech interaction for wearable devices, 2) Deep generative models for enhancing immersive experiences.

The availability of digital devices operated by voice is rapidly expanding. However, the usage situation of voice interfaces is still restricted. For example, speaking in public places becomes an annoyance to surrounding people, and secret information should not be uttered. Environmental noise may reduce the accuracy of the speech recognition. To address these limitations, SottoVoce detects a user’s unuttered voice. From internal information observed by an ultrasonic imaging sensor attached to the underside of the jaw, our proposed system recognizes the utterance contents without the user actually uttering voice. Our proposed deep neural network model is used to obtain acoustic features from a sequence of ultrasound images. We confirmed that audio signals generated by our system can control existing smart speakers. We also observed that a user can adjust their oral movement to learn and improve accuracy of their voice recognition. 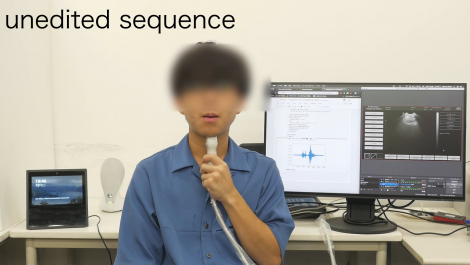 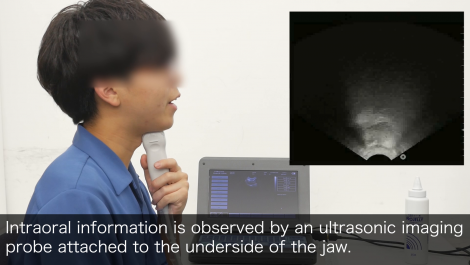 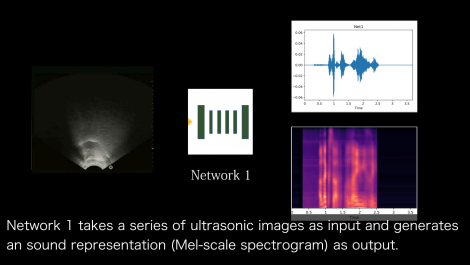 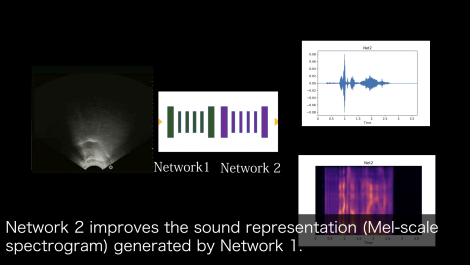 One of the most difficult things in practicing musical instruments is improving timbre. Unlike pitch and rhythm, timbre is a high-dimensional and sensuous concept, and learners cannot evaluate their timbre by themselves. To efficiently improve their timbre control, learners generally need a teacher to provide feedback about timbre. However, hiring teachers is often expensive and sometimes difficult. Our goal is to develop a low-cost learning system that substitutes the teacher. We found that a variational autoencoder (VAE), which is an unsupervised neural network model, provides a 2-dimensional user-friendly mapping of timbre. Our system, SonoSpace, maps the learner’s timbre into a 2D latent space extracted from an advanced player’s performance. Seeing this 2D latent space, the learner can visually grasp the relative distance between their timbre and that of the advanced player. Although our system was evaluated mainly with an alto saxophone, SonoSpace could also be applied to other instruments, such as trumpets, flutes, and drums. 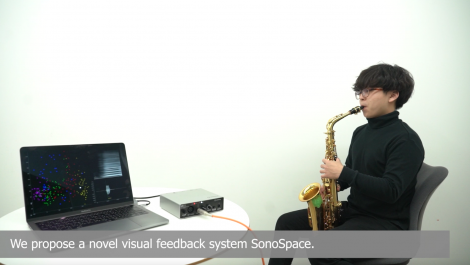 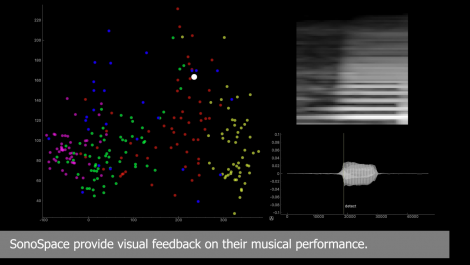 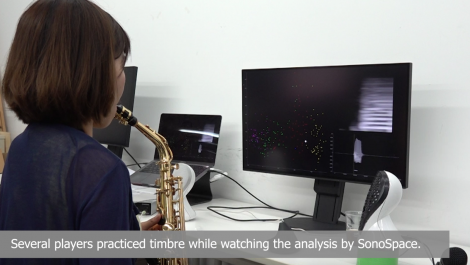 This work is the first attempt to apply an end-to-end, deep neural network-based automatic speech recognition (ASR) pipeline to the Silent Speech Challenge dataset (SSC), which contains synchronized ultrasound images and lip images captured when a single speaker read the TIMIT corpus without uttering audible sounds. In silent speech research using the SSC dataset, established methods in ASR have been utilized with some modifications to use it in visual speech recognition. In this work, we tested the SOTA method of ASR on the SSC dataset using the End-to-End Speech Processing Toolkit, ESPnet. The experimental results show that this end-to-end method achieved a character error rate (CER) of 10.1% and a WER of 20.5% by incorporating SpecAugment, demonstrating the possibility to further improve the performance with additional data collection. 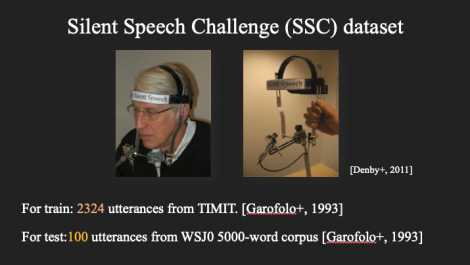 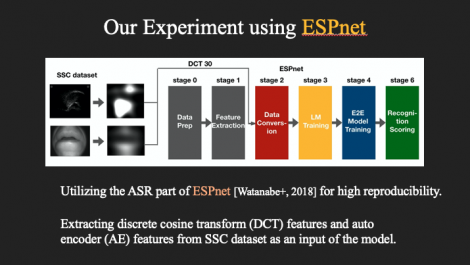 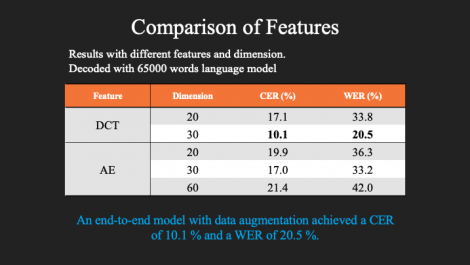 In this project we study what alternative ways of gripping a digital pen people might choose to trigger actions and shortcuts in applications (e.g. while holding the pen, extend the pinkie to invoke a menu). We also investigate how well we can recognise these different pen-holding postures using data collected from an EMG armband and deep learning. 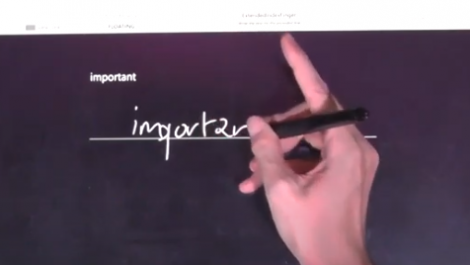 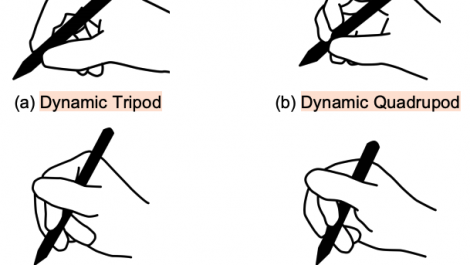 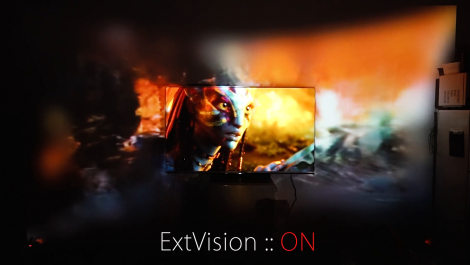 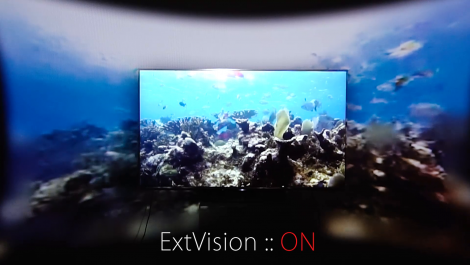 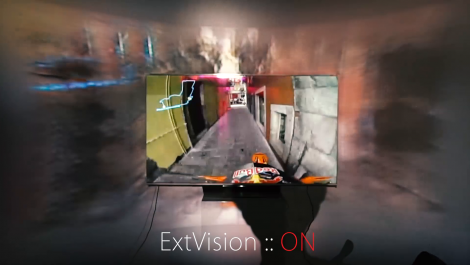 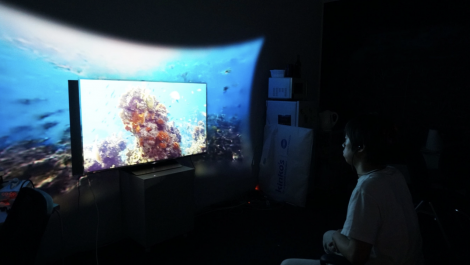 Immersion is an important factor in video experiences. Therefore, various methods and video viewing systems have been proposed. Head-mounted displays (HMDs) are home-friendly pervasive devices, which can provide an immersive video experience owing to their wide field-of-view (FoV) and separation of users from the outside environment. They are often used for viewing panoramic and stereoscopic recorded videos or virtually generated environments, but the demand for viewing standard plane videos with HMDs has increased. However, the theater mode, which restricts the FoV, is basically used for viewing plane videos. Thus, the advantages of HMDs are not fully utilized. Therefore, we explored a method for viewing plane videos by an HMD, in combination with view augmentation by LED implants to the HMD.We have constructed a system for viewing plane videos using an HMD with a deep neural network (DNN) model optimized for generating and extending images for peripheral vision and wide FoV customization. We found that enlarging the original video and extending the video with our DNN model can improve the user experience. However, our method provided more comfortable viewing by preventing motion sickness in a first-person-view video. 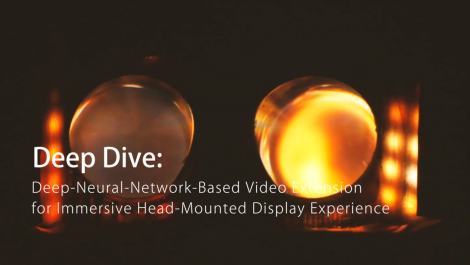 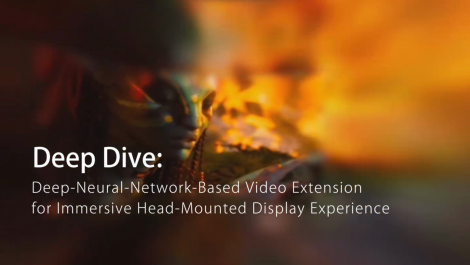 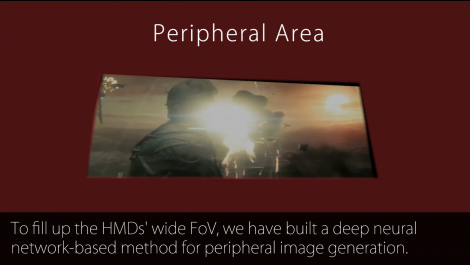 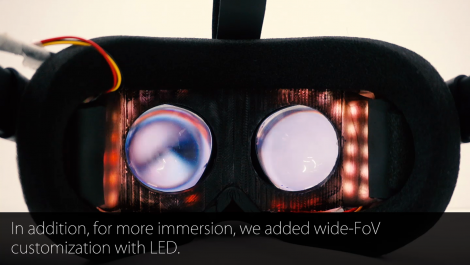 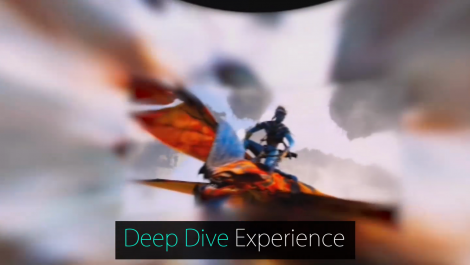 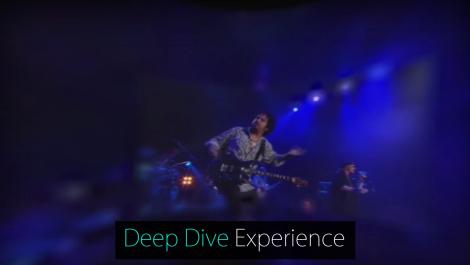 In Proceedings of the 2019 CHI Conference on Human Factors in Computing Systems, 2019
Kimura, Naoki and Kono, Michinari and Rekimoto, Jun
Publisher's website

In Proceedings of the 2018 CHI Conference on Human Factors in Computing Systems, 2018
Kimura, Naoki and Rekimoto, Jun
Publisher's website